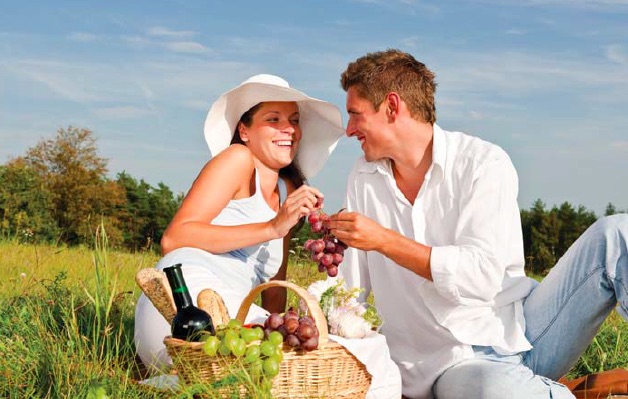 According to an old popular wisdom, a glass of red wine is very beneficial to our health. Maybe this is the reason why this drink receives significant attention in literature, art, and recently in science.

In the early 1990’s it became widely known that there is a close correlation between the development of cardiovascular diseases and high blood lipid and cholesterol levels. However, in the course of studying the surveys of national health in so called industrialized countries, it emerged that this connection does exist, but not in the case of the French. In spite of the fact that the ratio of cholesterol and blood lipid levels are also similarly elevated in their country, similar amounts of saturated fatty acids can be found in their diet and they lead a similar way of life to those living in equally developed countries, the incidence of cardiovascular diseases is much less than in the other surveyed countries. Scientists call this phenomenon French paradox.

Additionally, it was revealed that the explanation of the phenomenon does not lie primarily in the genetic disposition of the French, rather in the regularly consumed, high quality red wine. That is wine, especially red wine is rich  in polypenols, which exert several beneficial effects on the body. The word polyphenol is the comprehensive name of a compound family. It includes flavonoids, lignins, cumarins etc. Today we already know more than 4000 polyphenols, the physiological effects of which depend on the structure of the molecule.

Plant polyphenols are powerful antioxidants which protect our cells and body as well as support the defense systems of our body by neutralizing harmful free radicals produced in the course of physiological processes and environmental influences, and they may slow down aging.

The polyphenol most characteristic to red wine is the so called resveratrol. This compound can be found in large amounts in grapes, mostly in its peel and in vine-shoots, however in lower amounts can be found in knotweed, peanuts and cowberries. Plants produce them in order to protect themselves against infections. Its quantity depends on the species of wine, climate as well as methods of cultivating the plant (for example in case of regularly sprayed grapes, when the protection of the plant is supported externally, its amounts are lower). The compound can be found in four chemical forms in nature, among which trans-resveratrol seems the most active biologically.

The name of Dr. David Sinclair, one of the professors of Harvard is associated with this compound for evermore. Dr. Sinclair obtained excellent results in researching aging, which among others is due to his studies into resveratrol. In one experiment he proved that mice treated with resveratrol live much longer than expected*, in addition he observed that overweight mice treated with resveratrol, inspite of having excess weight, remained in approximately the same health and physical condition as those of normal constitution.** It does not mean that resveratrol eliminates the drawbacks of obesity, however the results are considerable, and seem to be motivating future comprehensive research into the effects of resveratrol on human body mass.

In the course of another study*** resveratrol was compared to vitamin E and a synthetic antioxidant. However, all the substances proved to be effective in eliminating free radicals, and it was resveratrol which offered the greatest protection against certain kinds of free radicals. It proves that even if we put antioxidants in the same category in everyday life, they do differ and it is not always the same antioxidant which is mentioned in certain contexts.

This was our guiding principle when we created Resveratrol PLUS, the new member of the antioxidant family of CaliVita®. Its main active ingredient, as is shown by its name is resveratrol, that we have complemented with valuable grape seed extract and Coenzyme Q10. The most well known components of the grape seed extract are the flavonoids called oligomeric proanthocyanidines (OPC) having an antioxidant effect, and its most well-known role is to support the vascular system. Coenzyme Q10 is responsible for the energy supply of cells, taking part in transforming nutrients into energy. The combination of coenzyme Q10 and resveratrol possesses not only age-blocking, but energizing effects as well, so we can overcome the difficulties of hectic everyday life more easily.