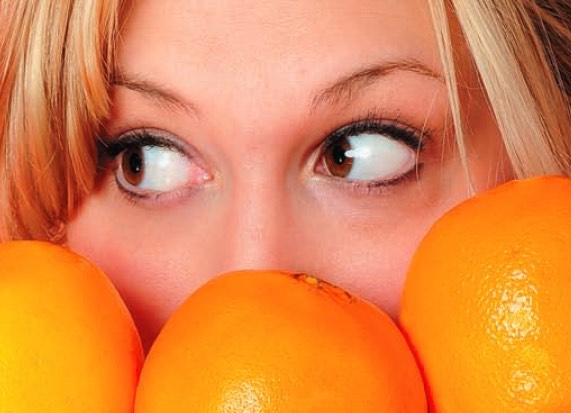 Liquid C + Bioflavonoids with Rose Hips is antioxidant formula product, which has been developed by CaliVita®. However, its main ingredient is vitamin C well-known by everybody, in spite of the fact that it is not only a new kind of vitamin C, but an excellent, complex antioxidant, the active ingredients of which support synergically the preservation of our health and well-being.

Everybody needs antioxidant protection. Free radicals present in our body are such partially reduced oxygen compounds, which make every eff ort to try afterwards to substitute their lacking electrons by taking away some from other organic molecules, oxidizing them at the same time. If there are insuffi cient amounts of antioxidant available,for example vitamin C, and flavonoids, which are able to reduce these reactive forms of oxygen, the vital biomolecules of the body may be injured. Partially reduced oxygen compounds are produced in the body during normal physiological processes as well, but such so called oxidative stress may also result from major physical strain such as in athletes or in the case of hard physical work, from the effects of polluted city air, tobacco smoke, industrial pollution, for example heavy metals,  pesticides, herbicides, preservatives as well as substances produced during the degradation of certain medications oral contraceptives, and antibiotics. Increased dose antioxidant intake may be advised markedly for those who are involved. Liquid C + Bioflavonoids with Rose Hips, due to its excellent harmonizing components is a real antioxidant bomb.

Vitamin C is one of the most important vitamins of antioxidant effects. It plays an important role in the functioning of the defense system of the body and moreover it helps the immune system to protect against bacteria and viruses. Its beneficial effect to free radicals may help reduce the deterioration of cognitive abilities in elderly age. It is also needed to maintain the health of gums, cartilage, skin and bone, necessary for the healthy structure of connective tissues as well as the normal functioning of the nervous system. In addition, it plays an important role in preserving the normal structure of blood vessels, promotes the healthy functioning of the cardiovascular system, and helps the absorption of iron.

The other main ingredient of the formula is citrus bioflavonoid extract. The fl avonoid is the comprehensive name of the compounds of antioxidant effect which are also present in plants as pigments. The false belief that bioflavonoids are vitamins still exists today too. Actually they are not vitamins, only their discoverer Albert Szent-Györgyi named them vitamin P (anti-permeability vitamin), referring to the permeability of blood vessels at the time. In addition to their powerful antioxidant properties, citrus bioflavonoids play a key role in the absorption of vitamin C and its utilization in the body.Furthermore, Liquid C + Biofl avonoids with Rose Hips also contains rose hip extract which is one of the most well-known vitamin C sources in nature.