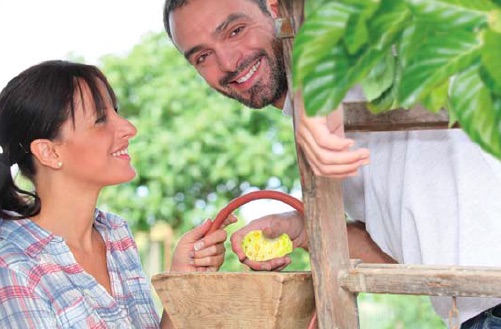 USING THE TERM “ORGANIC” (OR BIO IN SOME COUNTRIES) HAS BEEN QUITE TRENDY OF LATE. THE WHOLE “ORGANIC” BUSINESS IS BOOMING AND THE DEMAND HAS INCREASED DRAMATICALLY. CONSCIOUS CONSUMERS NOW PREFER ORGANIC FOOD OR EVEN CLOTHES WHEN SHOPPING, BUT MANY CONSUMERS STILL DO NOT KNOW WHAT THE TERM “ORGANIC” STANDS FOR.

According to the United States Department of Agriculture, “Organic production is a production system integrating cultural, biological, and mechanical practices that foster cycling of resources, promote ecological balance, and conserve biodiversity.”

Of course, the average consumer is not completely aware of the regulations and furthermore, many forums are using this term misleadingly. How can we avoid being misled?

Firstly, we need to know that organic food can only be a food that is stated organic by an approved certifier ensuring the food meets the strict standards. When checking the label, it is advisable to not only look for the term “organic” but the name of the certifier as well!

As consumers are more interested in the “practical” differences between organic and “regular” food we shall now take a closer look at them. Organic food is made/produced/cultivated without using chemicals such as synthetic fertilizers and pesticides. Pesticides can remain in the body and build up in the liver, and are associated with behavioral problems, growth issues, lower cognitive scores in babies, and greater risk of specific chronic diseases in adults such as Parkinson’s disease and lymphoma. As for organic meat, eggs, and poultry, animals must not be treated with such veterinary drugs as antibiotics or growth hormones. Bioengineering, gene modification and ionizing radiation are also not allowed.

Organic foods are usually more expensive. This is something consumers are painfully aware of and is very often the main reason for rejecting organic food. But why does it cost more?

Chemical fertilizers and pesticides are “cheap” compared to the methodology that organic farmers have to follow. They need to plant certain plants, keeping away harmful plants and insects. Consequently, organic farming is harder work requiring more labour, while organic cultivation produces a lower “yield per acre” ratio. “Normal” cultivation is on a large scale and is “big” business, which means lower than average fixed costs. Organic cultivation on the other hand, usually means small and mid-sized farmers. These factors result in higher production costs.

Non organic cultivation may have more negative effects on the environment. By using chemicals, polluting the air, life waters and soil, they usually do not have to pay for the damage caused to these externalities. It is a paradox that the higher price of organic products also reflects the extra costs of reducing these externalities during production.